What Is Amazon’s New World?

After dealing with a few timeline shattering delays, Amazon’s New World is finally opening its doors to the masses; pre-orderers and beta sign-ups alike will get a shot to play this week and next with this preview lasting from August 25th, to September 4th and we here at GameTree hope it lasts even longer. The experience in New World is unlike other traditional MMOs which might scare some players, but it truly is a great experience to undertake as it is. New World is seemingly a departure from the MMO standard focus, that being you grind to a maximum level to experience the content at the higher levels, but in New World you are immediately challenged with crafting, finding out how to EVEN craft (which is actually a fun experience) and getting absolutely blasted by enemies Dark Souls style.

What is there to do in New World? 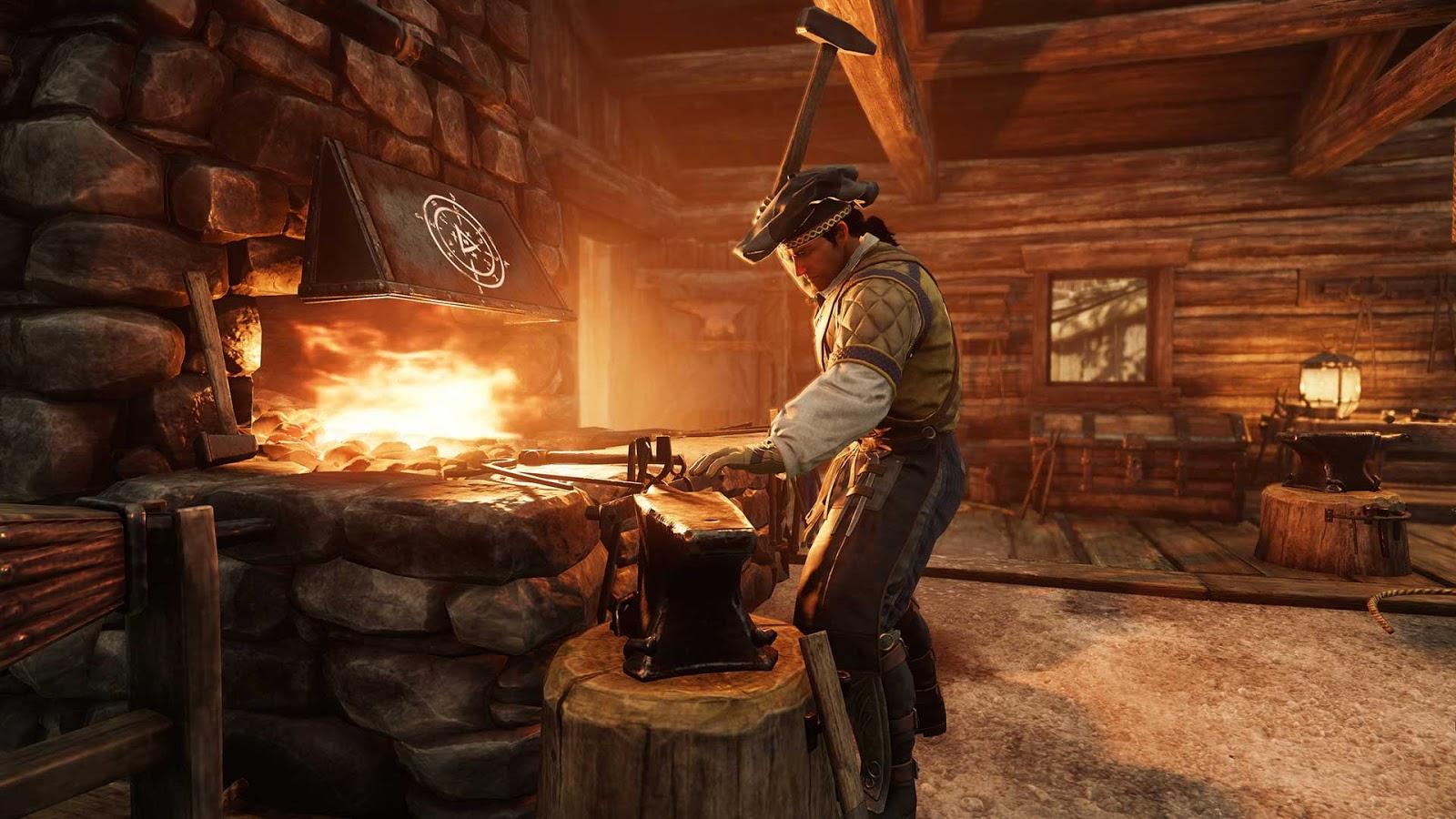 Crafting is of the utmost importance in New World

A strong focus in New World is Crafting; to get the best of the best weapons you and your Company (Guilds/Clans System) must gather up the materials and craft them. Following a relatively normal crafting system, the more you craft any type of item, the better you make that item. For example, to get a better Warhammer (one of the main weapon types in the game at the time) you could grind for drops off mobs but it will come at a relatively set item level compared to your level, but if you were to craft the same Warhammer, you could imbue it with specific properties such as extra fire damage, extra magic damage or even extra blunt damage. On the New World website, a key point they focus on is: “Higher skilled smiths will be able to craft lower tier weapons that are actually more powerful than a higher tier weapon made by a lower smith”. So with this system in effect, you could literally be the best Bronze Longsword maker of all time, and quite literally become renowned for it.

Invasions are one of the most unique takes on MMO gameplay that  Amazon’s New World is bringing to the table. Invasions have two different flavors, PvP invasions and PvM invasions, with both being just as exciting as the other in terms of gameplay.

An invasion is where a Company that controls a certain section of the map has to defend their land. A PvP invasion is a 50v50 scenario where the defending Company has to defend their land from a Company that is fighting to literally take it over, including siege weapons, cluttered crazy combat, and even ballistas to sit on and rain fire on other players. One of the best parts of this system is that you do not have to be in the larger Company to participate, you can sign up to join their war for rewards, just like real life.

Bring your friends along for the ride, or make new ones

The exciting thing about New Worlds map is that Companies can control areas almost completely; now you won’t be killed here, but the Company will be able to tax your crafting, trading and other small fees. A Company will undoubtedly be the most important aspect of New World, as it will shape your gameplay in almost every single facet, and allow for emergent gameplay to form and people to discover new long lasting friends.

When you are ready to dive into the New World, and Aeternum as a whole, make sure you don’t do it alone. Companies will be important and integral to the game, and it just so happens that GameTree is a perfect place to find like minded players to craft, invade or even stand around and dance with. Our app uses a personally tailored matchmaking algorithm to get you connected with your future Company, as well as ways to communicate with each other, post gaming sessions, and so much more.